Risk is, or Risk is Not: Using Pascal’s Wager when Thinking about Risks 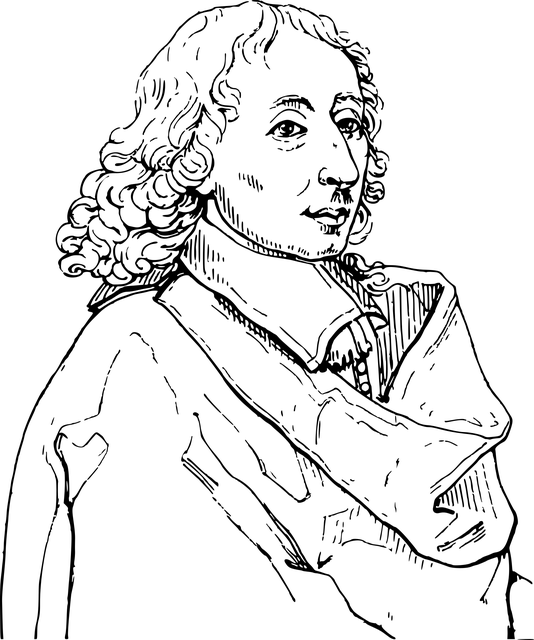 Pascal’s wager was one the first things that drew me to the risk management field. I have kept it in mind whenever I begin to think about a risk. For example, wearing masks during the COVID pandemic (more on this later). It can be applied to many different aspects of management. Let’s discuss a few of these.

The start of any project is filled with a host of new questions when making risk management plans. How many situations do I need to plan for? What level of complexity needs to go into the contingency plan for each of those risks, provided they materialize? Which risks are material enough to demonstrably threaten the success of not just the project, but also the enterprise as a whole? All of us have had similar thoughts, concerns, and conversations around these topics, but finding a holistic solution of any kind is difficult (if not impossible). However, I believe it might be worth considering how we analyze risks with respect to materiality by using the logic put forth by Pascal’s Wager.

What is Pascal’s Wager?

Of course, before we can talk about how to use the logic, we should probably talk about who Pascal was and what exactly Pascal’s wager is. Blaise Pascal was a French mathematician, physicist, and philosopher (among other professions) in the mid-1600s who focused mainly on statistics, geometry, and fluid science. Later, in his brief life (he died at age 39), after declaring his strong religious beliefs, he penned two works, the Lettres Provinciales (Provincial Letters) and the Pensées (Thoughts). The latter of these two contained the aforementioned Pascal’s Wager.

Pascal’s Wager, as originally stated, posited that we humans bet with our lives that God either exists or does not, a wager which cannot be fully determined with provable reason but requires us to have faith. This lack of ability to apply objective reason is caused by a significant amount of uncertainty, in everything, from purpose to skepticism to science and more. Faith is required to bridge the gap. So how should we begin to think about applying faith? Pascal believed that by simply existing in a world where uncertainty exists, we are unable to avoid this wager, and because of this, we must base our life’s actions on our answer to the wager, regardless of what that answer actually is. For Pascal, this belief was followed naturally by the following conclusion (expressed in a decision matrix—thanks, Wikipedia):

By viewing his solution through decision theory and acting under the assumption we can’t fully determine the solution in our worldly lives, Pascal believed that the appropriate response was to live life as though God exists, even for those who don’t believe, because the infinite gain was the best possible outcome.

Applying the Wager to Risk

But what does all of that have to do with risk and Covid 19? It mainly comes from the final piece regarding the decision matrix. If we replace the assertions present with a risk management lens, we come up with something along these lines:

This is the point where the concept becomes tricky. In Pascal’s original wager, he viewed the conclusion as foregone, due to the presence of an infinite gain “answer.” However, in the space of risk, if there was the possibility of an infinite gain, that would obviously be what everyone picked, and we wouldn’t need to be here having the discussion: you’d just always want to develop a risk plan. What we actually have is something more like this:

In many ways, this is a particularly rough oversimplification that doesn’t take into account all of the resources that go into making the risk plan or that go into mitigation after an unexpected risk occurs. However, at its most basic point, the situation more or less remains that if you prepare and it happens or if you don’t prepare and it doesn’t happen, you’re far better off than the other two options. In short, Enterprise Risk Management (ERM) and planning for risks is always good, even if the risk never materializes into a material event. Although it’s only a finite gain (as opposed to Pascal’s infinite), the potential losses of not making a plan can be much more severe than the losses of making a plan that wasn’t necessary. This holds true even if you don’t believe in formalized risk management.

Why to Make a Plan Every Time (and an Exception)

Going back to an example, say that your organization has determined that a potential risk has a high cost if it’s going to happen, but that it’s fairly unlikely to occur (1%, let’s say). 99 percent of the time, you’d be “correct” to decide to not make a plan to handle mitigation of the potential negative consequences of the risk becoming material. However, 1% of the time, if you chose not to make the plan, you’re forced to figure things out “on the fly”, without the benefit of being prepared for it. This has the potential to cost even more because of missteps and misapplied resources, not only in the space of time dedicated, but also with the added (more-than-likely) negative financial or physical impact.

Now, you might be thinking, “that time and the impact would be there regardless of whether I made the plan in the first place.” While that is somewhat true, it also means that you are able to identify costs and impacts beforehand, calculating them not just into the bottom line but also into potential time required of your institution’s employees. In the scenario where you accounted for that risk materializing beforehand and it didn’t occur, you end up with the added bonus of the organization minimizing the impact of the negative consequences of the risk and a whole slew of people’s time and conditions that have opened up for other, valuable projects.

There are, of course, scenarios (the “noise” of risk) where it doesn’t make sense to spend valuable time and hours making a plan, especially when the potential outcomes have an impact that’s below your risk tolerance thresholds. These scenarios are when the bottom right box of the grid has the most potential gain. After all, if the potential financial impact of a materialized risk is low enough that the cost of planning already covers the difference, then maybe it is better to risk it not happening at all. Only after you have thought about it, however.

Enterprise Risk Management is all about working to understand the risks that are being faced, accepting uncertainty and making sense of on what’s worth investing in beforehand to avoid the catastrophes down the line. Blaise Pascal gives us a good baseline thought process to analyze and act on these risks though his musings in the Wager. However, as with any historical figure from 400 years ago, it sometimes takes a modern lens to truly emphasize the benefits of his method of debating uncertainty and apply those benefits and methods to the modern risk climate.